​By the Numbers: Alcohol Addiction Serious Problem in Florida 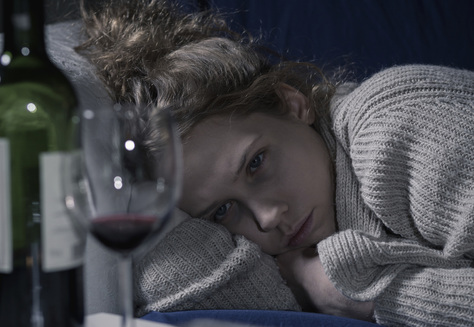 Our society is very concerned about the use and misuse of illegal drugs such as cocaine and heroin. And rightfully so. Even the concern over new psychoactive substances – also known as 'legal highs' – is justified. Yet there is a surprising lack of attention paid to alcohol abuse and misuse. Meanwhile, alcohol addiction continues to be an incredibly serious problem in this country.

Alcohol is the most abused drug worldwide. Much of the problem is a direct result of alcohol being a socially acceptable substance that is not only tolerated, but also encouraged by users, manufacturers, retailers, and marketers. Furthermore, easy access to alcohol increases the chances of more people using and abusing it.

Just how serious is alcohol abuse in the U.S.? Data provided by the National Institute for Health gives us a glimpse. The data presented here could be only the tip of the iceberg, given that there are probably unknown numbers of alcohol abusers who have problems that go unreported. The data should be a wake-up call to anyone concerned about alcohol abuse and addiction.

Alcohol Use in Children and Adults
According to the NIH, nearly 87% of adults over the age of 18 have consumed alcohol at least once during their lifetimes. Just over 70% admitted to drinking at least once in 2013, the last year the NIH data applies to while approximately 56% reported drinking within one month of being surveyed. Some 7% have a clinically diagnosed alcohol disorder. Among children, the statistics are just as alarming.

The 2013 National Survey on Drug Use and Health revealed that approximately 35% of the nation's 15-year-olds have consumed alcohol at least once in their lifetimes. Nearly 23% of those aged 12 to 20 consumed alcohol during that year. Unfortunately, the data also reveals there are approximately 1.4 million individuals between the ages of 12 and 20 who would be medically classified as heavy drinkers. Nearly 3% of them have clinically diagnosed alcohol disorders.

America's colleges are a bastion of alcohol abuse among young adults between 18 and 25. A combination of permissiveness and the generally accepted partying mentality also makes our college campuses a hotbed of alcohol addiction that is incomparable to any other segment of society. The government estimates that each year more than 1,800 college students die from injuries related to a drinking event while roughly 25% of college students report negative academic effects as a result of drinking.

The Consequences of Alcohol Addiction
We have seen the numbers, and they are scary. However, the implications of alcohol addiction are more than just statistics in a database. Alcohol addiction destroys families, harms individual health, and impacts society by increasing healthcare expenses and damaging economic output.

On the individual level, alcohol addiction negatively affects both the body and mind. Long-term alcohol abuse can lead to liver disease, cancer, heart disease, and a number of other serious health conditions. It can also lead to mental health issues including depression in clinical anxiety.

In terms of families, alcohol addiction wreaks havoc on both spouses and children. The spouse of the alcoholic often lives in fear and uncertainty brought on by financial problems and the potential for violence. Children suffer as well, seeing the strained relationship between their parents and suffering as the victims of anger and violence. Alcohol addiction can do more damage to a family than almost anything else.

Intervention and Treatment Are Necessary
As bad as the statistics are relating to alcohol abuse and misuse, there is hope. Alcoholics can conquer their demons if they are willing to take advantage of intervention and treatment options. What must be understood is that overcoming alcoholism is nearly impossible without professional treatment.

Alcohol is no different than any other drug that affects the brain. By the time a person is diagnosed as an alcoholic, the long-term abuse of alcohol has created chemical changes within the brain that define addiction. Altered brain chemistry controls the alcoholic's thoughts and actions to the extent that alcohol is always in control. Making matters worse is the reality that the alcoholic's body has become dependent on the drug.

Alcohol addiction is a serious problem in the U.S. The longer we put off dealing with it, the more serious the problem will become. We need to turn our attentions toward finding ways to reduce alcohol addiction by reducing overall consumption of this dangerous drug among both adults and children.